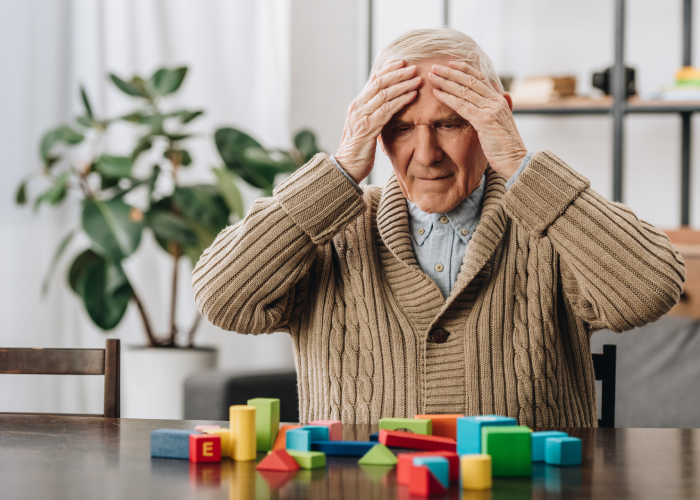 Researchers have published two new large studies that confirm a link between sleep apnea and Alzheimer’s disease. These findings underscore the need to get tested for sleep apnea to reduce risk of the very debilitating disease.

If you have watched a loved one’s struggle with the memory loss, dementia, and debilitation of Alzheimer’s Disease, you know the suffering this neurodegenerative disease brings.  It robs many Americans of their retirement years and burdens their caretakers.  Unfortunately, the cause has been poorly understood beyond the genetic risk, but there is new insight.

The medical community often learns about health risks by analyzing data from large health databases that follow thousands of subjects over time. These studies capture information from doctor’s appointments, hospitalizations, even death records.

A recent study looked at the risk of Alzheimer’s by analyzing data from the UK Biobank of over 500,000 individuals followed for up to 12 years.  Findings presented in July 2020 showed that individuals with a diagnosis of sleep apnea had double the risk of developing Alzheimer’s Disease.  Additionally, self-reported daytime sleepiness increased the risk of Alzheimer’s 1.5 times. (1)  Since sleepiness is a symptom of undiagnosed sleep apnea or other sleep disorder, it also supports the correlation between the two diseases.

This recent study confirms earlier research identifying a connection between disrupted sleep and amyloid brain plaques, a marker of Alzheimer’s. In 2013, an article in JAMA Neurology presented research that patients with poor sleep were 5 times more likely to have measurable plaque predisposing them to Alzheimer’s — even if Alzheimer’s symptoms were not present.(2) These patients were also followed for many years, further evidence that sleep apnea a risk factor for Alzheimer’s Disease.

Do You Suffer from Daytime Sleepiness?

If you suspect you have sleep apnea but have been ignoring symptoms, such as daytime sleepiness, do not put off getting tested.  The longer you wait, the more likely you are to develop other health issues — and double your risk of Alzheimer’s Disease in the future!  Get started with Millennium Sleep Lab

TIRED OF BEING TIRED – Are you putting yourself in danger?

“Sleep-deprived drivers cause more than 6,400 deaths and 50,000 debilitating injuries on American roadways each year.” said Charles A. Czeisler,...

It seems as if the concept of lung capacity has recently taken center stage because of the current pandemic we...

Testing and treating Sleep Apnea is one way the VA is providing high-quality medical care, but more veterans need to...