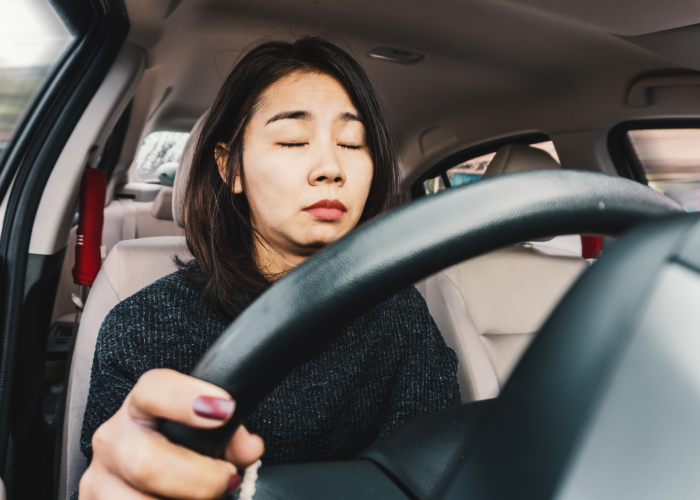 The High Risk of Drowsy Driving

Have you ever fallen asleep while driving? Your eyelids get heavier and heavier, as you try to fight it. When you jolt awake, it’s quite concerning. You’re lucky if you haven’t already had a traffic accident, if you’ve felt drowsy while driving.

Also, an estimated 5,000 people died in 2015 in crashes involving drowsy driving, according to a Governors Highway Safety Association report.

Obstructive sleep apnea (OSA) has been found to cause this drowsiness in many cases, increasing risk for these serious traffic accidents. And yet, this risk is reduced when sleep apnea is treated effectively using continuous positive airway pressure (CPAP) therapy.

One study showed that patients with sleep apnea were nearly 2.5 times more likely to be the driver in a motor vehicle accident, compared with a control group of other drivers in the general population.

A total of 1478 sleep apnea patients were included in the study, with a control population of 635,786 people in the general population in Sweden — including 21,118 people with at least one motor vehicle accident during the study period.

Researchers also found that the risk of motor vehicle accidents was reduced by 70 percent among sleep apnea patients who used CPAP therapy for an average of at least 4 hours per night.

“Excessive daytime sleepiness is a common symptom of obstructive sleep apnea, which can cause you to awaken in the morning feeling tired and unrefreshed despite a full night of sleep,” said American Academy of Sleep Medicine President Dr. Timothy Morgenthaler. “Effective identification and treatment of sleep apnea is essential to reduce avoidable, life-threatening accidents caused by drowsy driving.”

A study in the New England Journal of Medicine also found a strong link between OSA and traffic accidents. Those researchers studied 102 drivers who received emergency treatment at a hospital after highway traffic accidents.

They compared their results with 152 patients randomly selected from primary care centers. Each patient received sleep apnea tests called respiratory polygraphy and polysomnography to determine if they had sleep apnea.

Those with sleep apnea symptoms were at very high risk for traffic accidents, even after alcohol consumption, vision problems, medications, and other factors were taken into account.

Researchers also found that alcohol consumption on the day of the accident (even small quantities) had an important modifying effect, amplifying the relation between sleep apnea and traffic accidents.

Risk to you, your family, other drivers

This risk is serious, as it affects the sleepy driver and everyone around them. If you have “driven drowsy,” it’s critical to take a sleep apnea test — to find out if you need treatment. As these studies show, treatment for OSA is very effective — and could save your life, literally.

Loud snoring is one of the key symptoms to sleep apnea.

Is it possible you have sleep apnea? A consultation with a sleep specialist at Millennium Sleep Lab can guide you to getting answers, including at-home sleep testing. This is an easy way to learn if you would benefit from treatment.

To speak with a sleep specialist, and start getting answers to your sleep problems, contact us at Millennium Sleep Lab.

Is There a Link Between Sleep Apnea and Sinusitis?

Sinusitis is a condition which blocks the nasal passages, whereas sleep apnea is a disorder in which airways are blocked....

With advances in technology and changes in medicine during COVID, Millennium is now offering telemedicine services so patient can meet...