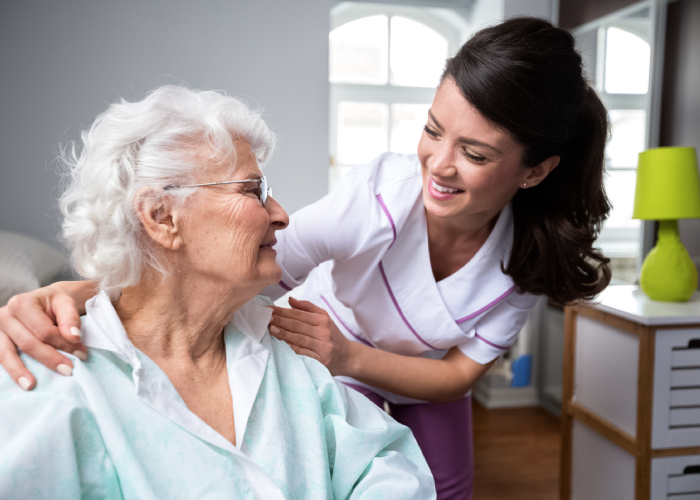 Dementia robs many Americans of their retirement years and burdens their caretakers.  While medical research has understood the chemical and physiological changes in patients with dementia, there have been unknowns around whether certain health and behavior patterns lead to a higher risk of dementia.  After years of research and tracking participants in long term studies, one connection has been identified – poor sleep.

Specifically, sleeping less than six hours a night in midlife can raise the risk of dementia — the loss of cognitive functioning, like thinking, remembering and reasoning — by 30%, according to the new study, published in the journal Nature Communications.  The report compared data from 7959 participants in a research study that had been followed for at least 25 years.  It looked at the association between sleep duration and incidence of dementia (521 diagnosed cases).  At the 25-year follow-ups,  there was a higher dementia risk for participants that had sleep duration of six hours or less at ages 50 and 60, compared with a normal sleep duration of 7 hours.

What is the underlying cause?

A recent study in JAMA looked at the associations between self-reported sleep duration and brain Aβ burden (amyloid brain plaques known to be a marker of Alzheimer’s) as well as the demographic, cognitive, and lifestyle variables.

In this cross-sectional study of 4417 older adults with normal cognition, a higher amyloid-β burden was directly and linearly associated with short sleep duration. Regular sleeping time of 6 hours or less was also associated with deficits in cognitive performance and greater depressive symptoms.

This study confirms earlier research identifying a connection between disrupted sleep and amyloid brain plaque, and it could also explain the increased risk of dementia 25 years later.

How can it be avoided?

Reduced sleep time could just be from poor sleep habits such as going to bed late, drinking alcohol, or watching screens before bed.  However, short sleep time could also be caused by a serious sleep disorder.  Undiagnosed sleep apnea or a similar condition can prevent deep sleep, but it also disrupts sleep with brief awakenings, leading to shorter actual sleep time.  This supports a correlation between undiagnosed OSA and dementia.

If you suspect you have sleep apnea but have been ignoring symptoms, such as awaking during the night, daytime sleepiness, do not put off getting tested.  The longer you wait, the more you will be at risk of dementia in the future!  Millennium Sleep Lab can schedule a telemedicine visit with a sleep physician to discuss your risk and provide a home sleep test.

How much sleep is best?

Quality sleep is essential for both the body and the mind to properly function. Our sleeping patterns dictate how we...

Connecting with Partners at SLEEP

This week was the 36th Annual meeting of the American Academy of Sleep Medicine (AASM) with 4 days of lectures,...