The Impact of Sleep Apnea During Pregnancy 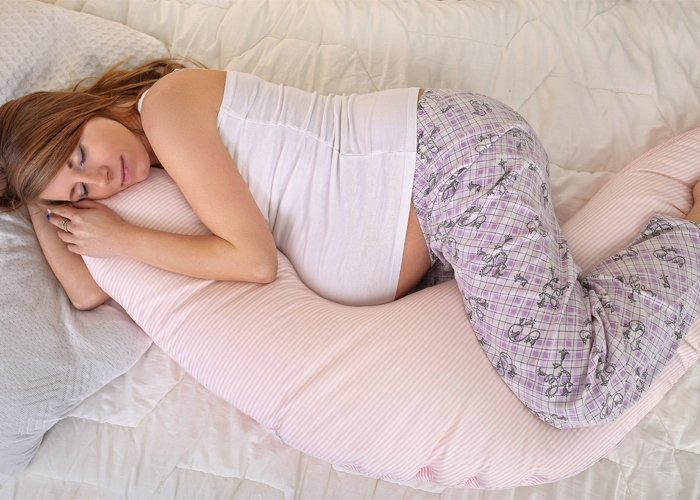 Most women will find sleeping a little harder when they are pregnant and may accept the fatigue as something to be expected. However, it is believed up to one in four women will be affected by sleep apnea during pregnancy — a condition which can lead to serious health issues for both the mother and the baby if left undiagnosed.

Obstructive sleep apnea (OSA) is the most common sleep disorder and results in breathing difficulties as the upper airways narrow while you sleep.

Each time the brain senses a reduction in blood oxygen levels due to breathing difficulties, it briefly awakens the body for air. This can happen many times every hour, preventing the deep, restorative sleep you need.

What clouds the issue is some of the primary symptoms of OSA, like snoring and fatigue, are also common in pregnant women. Daytime fatigue due to OSA can also be excessive, as sleep is disrupted so frequently during the night.

Higher levels of estrogen and progesterone can be a prime reason why pregnant women are susceptible to sleep apnea. The increased levels of these hormones leads to fluid retention which can affect the upper airways as you lay down to sleep.

On top of this, the hormones also relax the muscles in the body, resulting in the narrowing of the upper airways — which in tandem with excess fluid creates the conditions for OSA.

The physiological changes of weight gain — and upward shift of the diaphragm — can predispose pregnant women to have sleep apnea, including the snoring which typically occurs with OSA.

The significant rise in estrogen levels also puts women at risk since estrogen induces various changes that lead to narrowing of the airways.

Some women may have sleep apnea which was undiagnosed prior to being pregnant, in which case the increase in hormone levels when pregnant will most likely make the disorder worse.

What Can Go Wrong?

Left untreated, OSA can lead to an increased risk of serious health conditions in the mother, including heart disease, high blood pressure, stroke and diabetes.

However, there are additional risks from the sleep disorder during pregnancy — resulting from the drop in the blood oxygen levels caused by the frequent breathing interruptions.

When sleep apnea is left untreated, it is believed to increase the risk from gestational diabetes and high blood pressure — with potentially harmful effects on the unborn baby.

Pre-eclampsia is also a risk, with high blood pressure and signs of damage to another organ system, most often the liver and kidneys. Research shows that while 17% of pregnant women who do not suffer with sleep apnea develop pre-eclampsia, this goes up sharply to 42% for women who do have the sleep disorder.

Sleep apnea when pregnant is also believed to increase the risk of premature birth or a baby born with a low birth weight. In both these instances, it increases the chance the baby will need NICU care when born.

Yet the effects from sleep apnea are not necessarily restricted to the early years of the baby’s life.

Even when the child has entered adulthood, the oxygen deprivation from their mother’s sleep apnea when pregnant could place them more at risk for obesity and diabetes — although more research is required on this issue.

Moms-to-be with sleep apnea are also twice as likely to require a C-section, with 65% having this method of delivery compared to 33% of pregnant women who do not have sleep apnea.

Symptoms to Watch For

Obstructive sleep apnea can be managed with treatment, but diagnosis is key. Although some of the symptoms of OSA such as fatigue may be initially disregarded and put down to being pregnant, it is important to consult with your doctor if you think you may have the sleep disorder.

It may be a partner who is first aware of the primary symptoms such as your snoring or how often your sleep is being disturbed.

An at-home sleep test can be a good starting point for a potential diagnosis of OSA. These straightforward and convenient tests are delivered to your home and generally involve wearing a clip on the finger for a night or two, which is connected to a device measuring data such as breathing patterns, heart rate and blood oxygen levels.

Once the test is completed, it will be analyzed by fully qualified sleep professionals who will provide a diagnosis — which will put you on the path to treatments that can help.

Your Sleep Affects Your Baby

Sleep is important at any time, but good nights of restorative sleep are especially important when pregnant — for the well-being of both the mother and baby. Once diagnosed, your doctor can recommend the appropriate treatment plan for your degree of sleep apnea.

Abiding by and persevering with the treatment plan recommended by a doctor or sleep professional is crucial in managing the condition — and reducing the risk of the serious health conditions linked to sleep apnea.

Sleep apnea which develops during pregnancy may clear once the baby is born but it is important to keep the condition monitored by a professional. You should keep using the treatment to reduce the sleep apnea symptoms while pregnant — until your doctor or sleep professional tells you otherwise.

Take heart that treatment for OSA does work — and can help prevent any serious complications during pregnancy. One study found that after the delivery, the negative effects of OSA were significantly reduced.

Get Tested for OSA

If you’re pregnant and have symptoms of OSA — snoring, waking up gasping for air, daytime fatigue, driving drowsiness — it’s important to speak with our sleep specialist. A simple home sleep test can determine if you have OSA, which could be putting your baby at risk.

And if you do have OSA, treatment is critical. An Auto-CPAP can be prescribed, and you can start treatment immediately.  Then you will know you’re doing what’s best for yourself and your baby.

What Would Happen if You Didn’t Sleep?!

Check out this TED-Ed quick video (less than 5 minutes) on What Would Happen if You Didn't Sleep?! Wow, do...

Obstructive Sleep Apnea is a real (and serious) risk For women, aging brings the frustration of sagging skin, crow’s feet,...

Sleep Technology was a star at this years 2017 Consumer Electronics Show (CES2017). The event debuted a Sleep Tech Marketplace to...